The Model B+ was released in 1984 as a refinement of the original Model B's design. Acorn slightly redesigned the motherboard and fitted at first 64K and later 128K RAM (via a rather haphazardly fitted additional daughterboard). The most notable change was the ROM sockets, which were moved from their inconvenient position under the keyboard to the upper left of the motherboard. The MOS was updated, noticeably displaying 'Acorn OS' in the place of 'BBC Computer' in the startup message

The extra RAM was configured as two blocks - a block of 20 kB, dedicated solely for screen display (shadow RAM) and a block of 12 kB of special "Sideways" RAM.

The Model B+ also included floppy-disk support as standard, but this caused more problems than the benefit it added. The built-in Western Digital 1770 floppy-disk controller was mapped to different addresses to the popular Intel 8271 controller previously used making it fundamentally incompatible with any software which used direct access techniques to the 8271 controller.

The Model B+ was essentially a stop-gap machine to bridge the gap between the Model B and the coming Master Series. 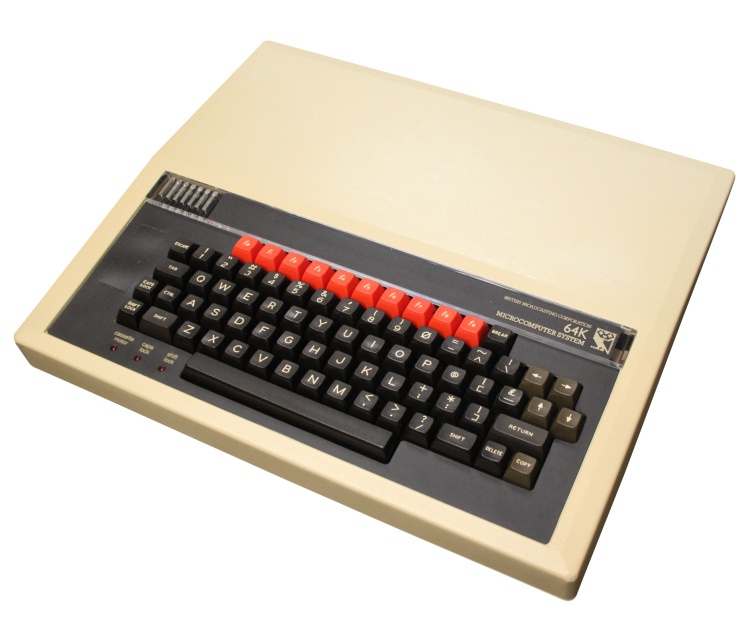