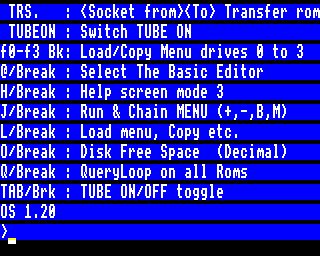 The two blank scanlines per text row are generated by the 6845 CRTC under MOS programming. DISEN is lowered within these rows and so they appear black, regardless of the selected background colour. However the cursor is made to overlap the bottom line of the character and the two blank lines. The cursor simply inverts the RGB value of whatever is under it, and is therefore white in the bottom two lines.