The Acorn Electron was a low cost personal computer released in July 1983 as a budget alternative to the BBC Micro. A reported 300,000 orders were placed in the run up to Christmas that year, and it peaked as the third-best selling micro in the UK, with lifetime sales exceeding that of the BBC Micro.

The hardware of the BBC Micro was emulated by a single customized ULA chip designed by Acorn. It had feature limitations such as being unable to output more than one channel of sound where the BBC was capable of three-way polyphony and the inability to provide teletext mode. The machine architecture also imposed a substantial speed decrease on applications running from RAM, although ROM applications ran at the same speed. 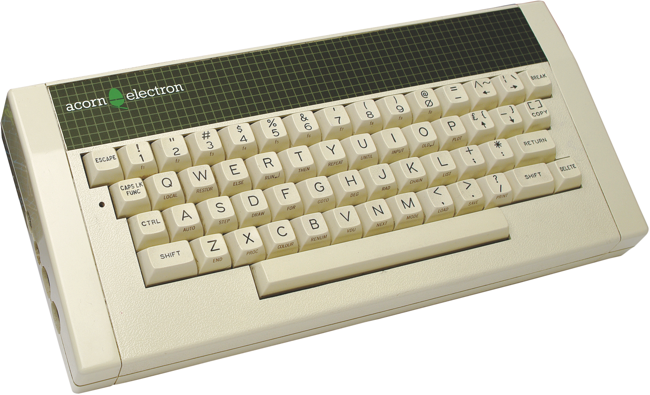 Graphics were similar to the BBC Micro, offering a set of graphic modes for different purposes. Missing was the BBC's Mode 7 'Teletext' mode.

Unlike the BBC Micro, the Electron had an expansion bus on the rear of the machine. Acorn released a series of expansion units to provide some of the hardware capabilities of the BBC micro.

Acorn Plus 1 added an Analogue port, a Printer Port and two general purpose cartridge slots on the top. 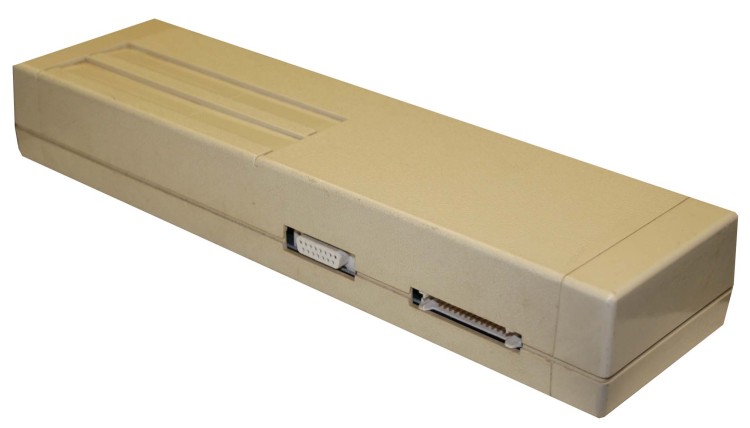 One of the easiest modifications that could be carried out on the Acorn Plus 1 Expansion was to replace the Acorn Expansion ROM (v1.00) with the Slogger Expansion ROM (v2.02) which contained several useful utilities which provided the ability to map a joystick to key presses for joystick support in games that didn't directly support them and other features such as support for loading and saving ROM images into Sideways RAM.

Acorn Plus Plus 2 was due to add an Econet interface, which would have made it a contender for use in schools, but the Plus 2 was never launched.

Acorn Plus Plus 3 added floppy disk support to the Electron using a WD1770 drive controller and and ADFS ROM. There were two versions of the Plus 3 produced: A Single-sided and a Double-sided drive version. Because the WD1770 is capable of single density mode and uses the same IBM360 derived floppy disc format as the Intel 8271 found in the BBC Micro, it was also possible to run a DFS filing system with an alternate ROM, such as the PRES AP4 interface.